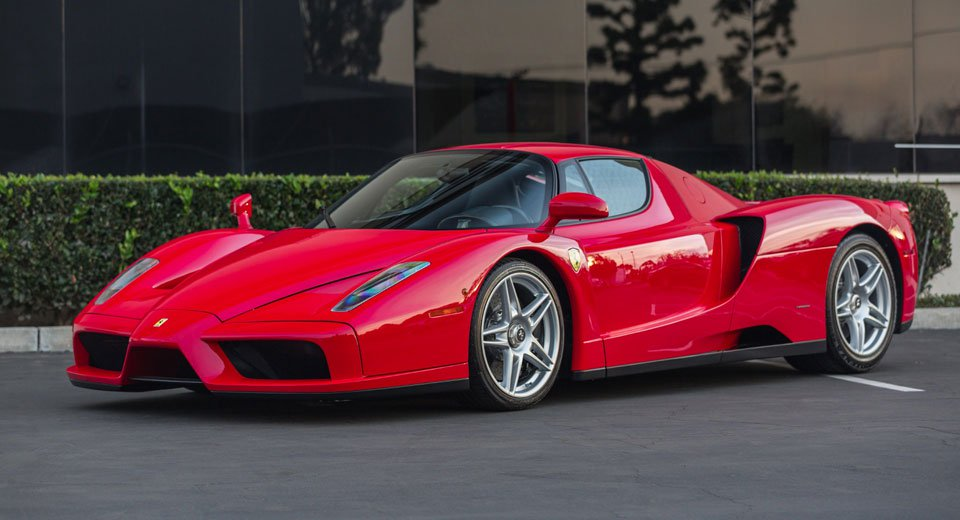 Ferrari is for sure one of the most iconic sportscar brands in the world. Since the beginning of Formula 1 in 1950, the Scuderia Ferrari is participating, making it the racing team with the longest tradition and also the most achievements. Until today there is no other team that claimed more victories. You can feel the close connection to motorsports in every street legal car that Ferrari produces. To understand the myth around Ferrari we need to take a closer look at the brand’s history.

In the year of 1939 Enzo Ferrari, once a racing driver himself founded his own car manufacture in Modena, Italy. Ten years before Enzo already founded the Scuderia Ferrari and wasn´t really interested in producing streetcars at all. But selling their racing cars was really bankable so the brand ended up producing streetcars as well. The first Ferrari-badged car got released in 1947, known as the Ferrari 125 which was powered by a 1.5-litre V12 engine. Because of the exclusive designs Ferrari always attracted wealthy customers, then and now. Since then the Italian supercar brand had to deal with a lot of problems. In the 1970´s new emission regulations in the USA really cut into Ferrari´s sales. When Enzo Ferrari passed away in 1988 there were a lot of rumors that Ferrari will never build successful cars again. At the same time, his death created a huge increase in demand for Ferrari´s classic cars. A few years later Ferrari was finally back on his feet, many achievements in Formula racing leaded to increased selling numbers.

Over the years Ferrari created a lot of supercars that became really successful. Starting with a real classic – the 458 Italia. The Italian mid-engine supercar is powered by a 4.8 liter naturally aspirated V8 that delivers 570 BHP. With a weight of less than 1500 kg, this car is seriously fast. 0 to 100 km/h in just about 3.4 seconds, rear-wheel drive, carbon ceramic brakes and one of the best 7-Speed gearboxes that were ever built – it really is an insane experience to drive a Ferrari 458. The 458 won´t stop accelerating until 330 km/h. Ferrari also made a big improvement on the interior quality with this car, only the finest leather & stitchings can be found inside.

With their latest release, the Ferrari 812 Superfast, they really created new standards to the supercar segment. The direct successor of the F12 Berlinetta comes along with the most powerful naturally aspirated engine that was ever created for streetcars. The 6.5 liter V12 produces stunning 800 HP with 718 Nm of torque. Based on the dual-clutch Formula gearbox used in the 458, Ferrari created an even better transmission leading to insanely fast switches. The 812 Superfast does exactly what it´s called for, top speed: 340km/h. Zero to 100 km/h in 2.9 seconds. This car is not just a track tool, it´s also considered to be a „grand tourer“ meaning that you can go for long rides with an acceptable level of comfort as well.

There are a few more models that will cause goosebumps at sight. Ferrari´s famous anniversary releases, speaking of the Enzo Ferrari (yes the car got named after the founder) and the amazing La Ferrari. All of them are strictly limited and can barley be seen on the streets. They all represent the state of the art of design, technique, and dynamics of their time. Sadly they´re super expensive and you´ll probably never get to drive one of these. Regardless of that, what does it really feel like to drive a Ferrari?.

What does it feel like to drive a Ferrari

To drive a Ferrari is clearly a thing you can´t compare to usual cars. In fact, it feels more like you are sitting inside of a racecar – massive power, aggressive brakes and a sharp handling that can only come from a Formula experienced brand like Ferrari. It really lifts the whole driving experience to the next level. Lots of adrenaline, fun and a small amount of fear as well – Ferrari is also known for their incredible exhaust sounds. All in all, it is a must for every sports car fan to drive a Ferrari at least once in his life. If you´re asking yourself how you should do that, most people won´t be able to spend a couple hundred thousands for a fun car, you can simply go ahead and rent a Ferrari. This is a very affordable and flexible option, so you don´t have to worry about anything else than just enjoying your ride in a real Ferrari.