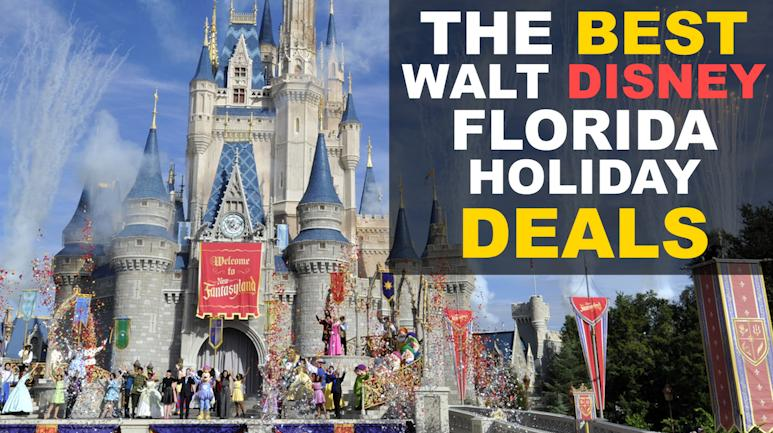 Do you wish to travel amidst an enchanting world full of dreams and fairy tales, mythical creatures and all that you had seen and known in the story books? Then make a trip to the Walt Disney World Resort, Florida. One of the largest and most popular entertainment and recreational resorts in the world, the Walt Disney World Resort will perhaps unravel all your charming dreams. Make a trip to the park and cherish the experience throughout your life.

Your entrance to the captivating Walt Disney World Resort in Florida starts with the theme parks. There are four theme parks which are uniquely their own way. Visiting each of them will give a totally new and enthralling feeling. The four theme parks are:

The Magic Kingdom: Visit the magic kingdom and travel through the land of fairies, dwarfs, mythical creatures and all your favorite characters that you have read in the fairy tales. The park is divided into a number of attractive locations which have fantasy names. The popular attractions are Main Street, Adventureland, Frontierland, Liberty Square, Fantasyland, Tomorrowland, and Mickey’s Toontown Fair. Perhaps the most popular attraction in the park is the Cinderella Castle. This classic castle of fantasy princess Cinderella is designed like a French castle and is a blend of traditional and modern architecture.

Epcot: Make a trip to this unique theme park and explore the diverse cultures of the globe and dive into the depths of the awe-inspiring future. Experience the grandeur of human imaginations and unravel your spirits. Epcot brings to light the greatness of technological innovation and international culture and draws around 10 million visitors annually.

Disney’s Hollywood Studios: Experience reel life like real life like never before by visiting this theme park. Spread over an area of 135 acres, the park is designed like a real life film studio with outdoor and indoor sections. By walking through this park, you can witness imaginary film shootings, film characters, animated characters and lots more. The park is dedicated to the period of Hollywood between 1930s and 1940s.

Disney’s Animal Kingdom: This theme park is the largest single theme park in the world and is the first of its kind dedicated to animal conservation. Spanning an area of 500 acres, this park is home to attractions like “Oasis”, Discovery Island, Camp Minnie-Mickey, Rafiki’s Planet Watch, Asia, DinoLand U.S.A, and the Beastly Kingdom.

There are also two water parks in the Walt Disney World Resort where you can enjoy an array of water sports and other recreational facilities. The parks are equipped with contemporary facilities and services to offer you the highest degree of satisfaction and luxury. The two water parks are known as Disney’s Blizzard Beach Water Park and Disney’s Typhoon Lagoon Water Park. Visit these places and enjoy your spirits to the fullest.